Mathias Funk is Associate Professor at Eindhoven University of Technology in the Future Everyday group of the Industrial Design department. He graduated in Computer Science from RWTH Aachen University (2006) and afterwards pursued a PhD in Electrical Engineering at Eindhoven University of Technology, which was awarded in 2011. In the past years, he has worked with fellow researchers at institutions abroad: ATR (Japan), NTU and NTUST (Taiwan), Intel Labs (California), Tsinghua University and Jiangnan University (China), and Umeå (Sweden). He is co-founder of UXsuite GmbH, a high-tech spin-off, which commercializes the software toolset he developed during his PhD and which received multiple STW valorization grants. He is member of ACM SIGCHI. 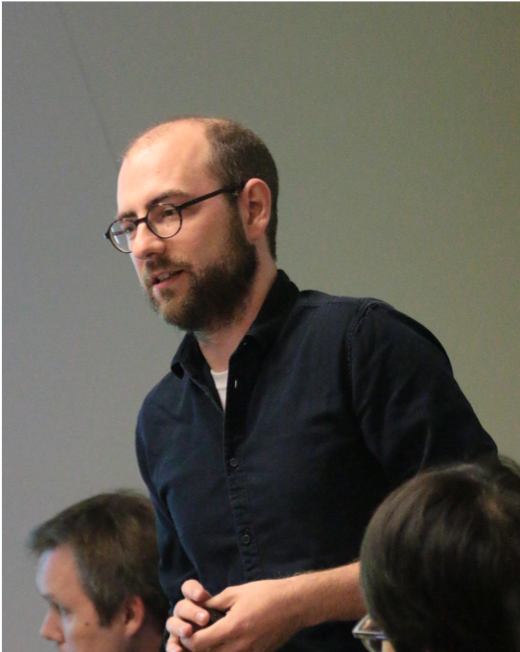 He has years of experience in software architecture and design, engineering of distributed systems, and web technologies. Further areas of interest and practice are domain-specific languages and code generation, sound and video processing systems, and data and information visualization approaches. He has been involved extensively in the business side of innovation, the transfer of research to commercial products, and he loves to think about a design’s real world impact.

As a researcher, he is interested in design theory and processes, remote data collection, user experience evaluation, privacy issues, adaptive or cognitive systems, the Internet of Things, and rapid prototyping are among his research interests. He publishes in well-regarded academic conferences and journals. He has co-edited a special issue on ‘Designing for Systems of Smart Things’ for the International Journal of Design. He is a regular reviewer for CHI, DIS, AmI, TEI, the International Journal of Design and other conferences and journals.

As a teacher, he teaches various technology-oriented courses in the Industrial Design curriculum about designing with data and visualisation approaches, systems design and technologies for connected products and systems. He is regularly invited to give international workshops on large-scale interactive systems, group music improvisation interfaces and expressive (musical) interaction. He has been an active musician for years, and is very interested in the intersection of music, art, and design in particular.